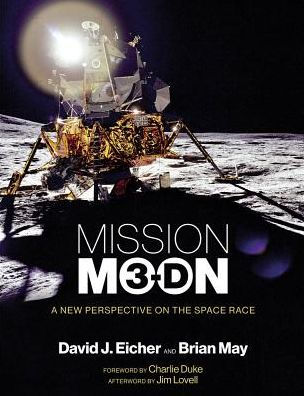 Only 1 left! The perfect gift, Mission Moon 3-D is a beautifully illustrated story of the space race captured in stereo 3-D with over 150 3-D photographs and 200 mono photographs. Celebrating the 50th anniversary of the landing on the moon in July of 1969, this book includes a Lite-Owl 3-D viewer nested within the backcover. Written by David J. Eicher and illustrated by Brian May and Claudia Manzoni. 192 pgs. 9 ½”w x 12 ½” h.

Written by David J. Eicher, renowned editor of the world’s best selling Astronomy magazine, and illustrated by Brian May and Claudia Manzoni, Moon Mission 3-D tells the story of American and Soviet “firsts" in space from Sputnik through to the International Space Station. The Apollo program, covered in detail, is the definitive record for the 50th anniversary of humankind’s greatest achievement in July 2019.

Foreword by Charlie Duke the voice of Mission Control during the first Moon landing and who also walked on the Moon himself as the Lunar Module Pilot of Apollo 16; and Afterword by Jim Lovell, immortalized for his heroic role as Lunar Module Pilot for the Apollo 13 mission. Published October 22, 2018 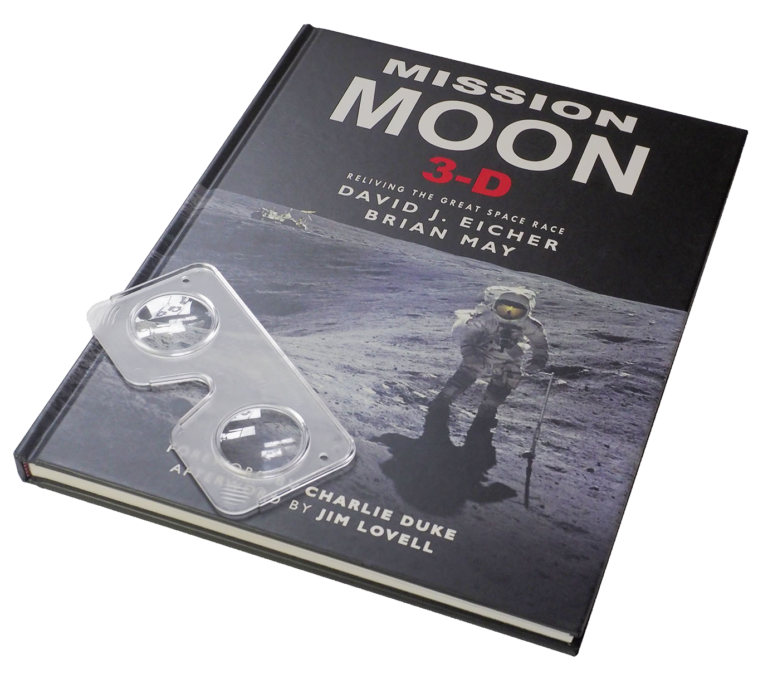 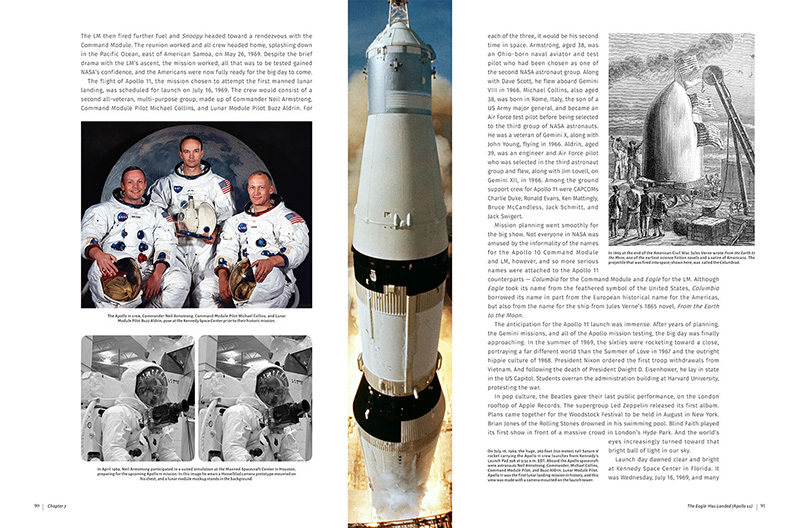