In commemoration of the 50th anniversary of NASA’s Apollo 11 Moon Landing, National Geographic and Replogle Globes have partnered up with this special edition Illuminated Moon Globe. Gently tap the globe for 5 minutes of illumination, or leave it on and use as a nightlight. 12" diameter.

This special globe highlights the landing spot of Apollo 11 and the first moon walk but also features over 900 place names including: landing spots of all Apollo missions, significant unmanned space missions and over 750 moon topographic locations which include impact craters, mountain ranges, highlands, seas, rays, and many other physical features. This special edition moon globe has a rechargeable LED device with long lasting bulbs. It is held by a free mount base for easy viewing. USB cord included. 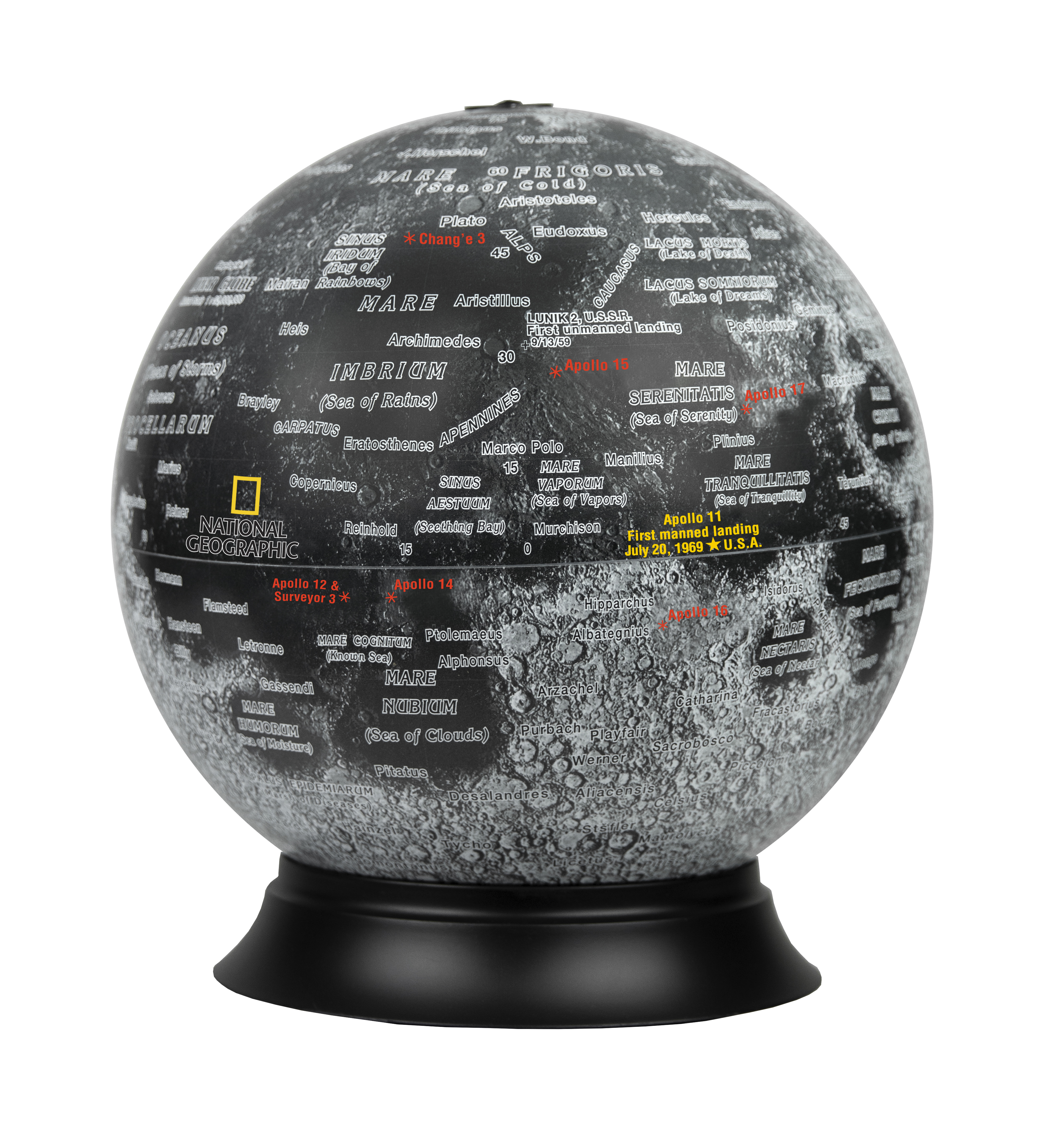