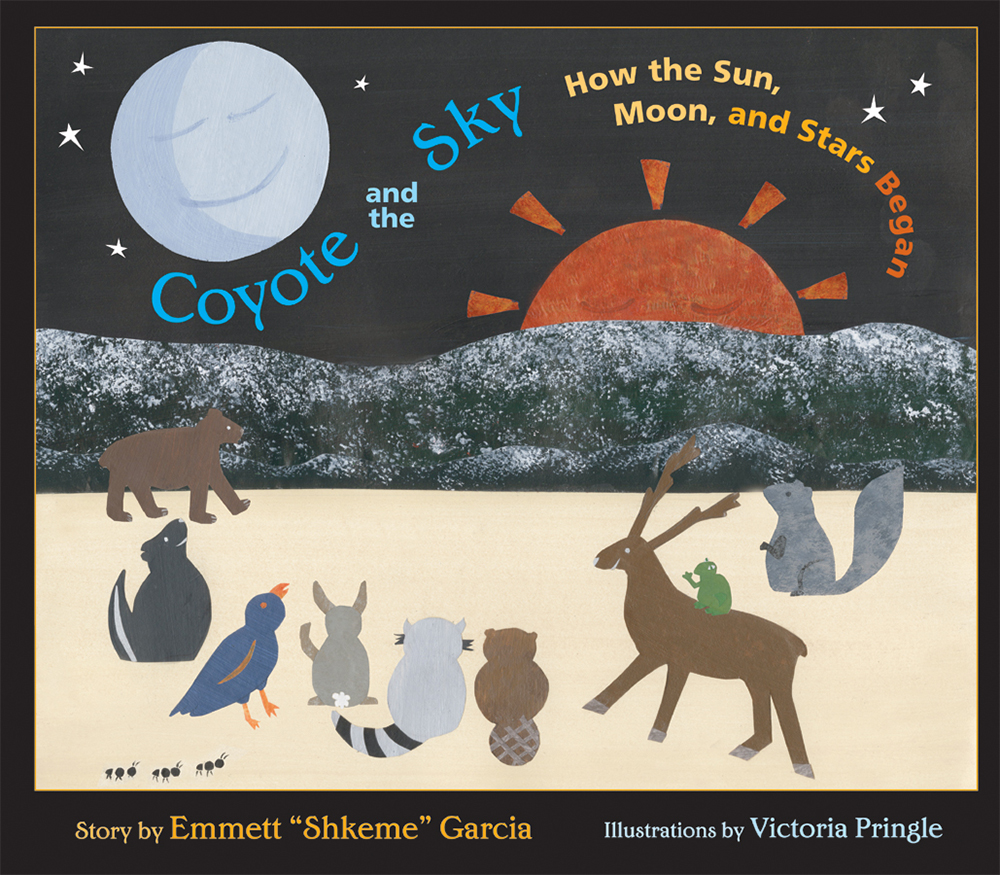 Coyote and the Sky: How the Sun, Moon and Stars Began

Author Emmett "Shkeme" Garcia, a member of the Santa Ana tribe, shares his Pueblo's story for the young reader of the beginnings of the stars and constellations according to Santa Ana Pueblo legend. Beautifully illustrated by Victoria Pringle. Hardcover, 2006, 32 pgs, Ages 6+

According to Santa Ana Pueblo legend, the animals' spirit Leader created the sun, moon, and stars by using woven yucca mats and hot coals. He selected certain animals to climb from their homes in the Third World up to the Fourth World. The Squirrel, the Rabbit, and the Badger were all allowed to go. The Coyote, however, was forbidden to accompany them because he was always causing trouble and stealing food from the others.