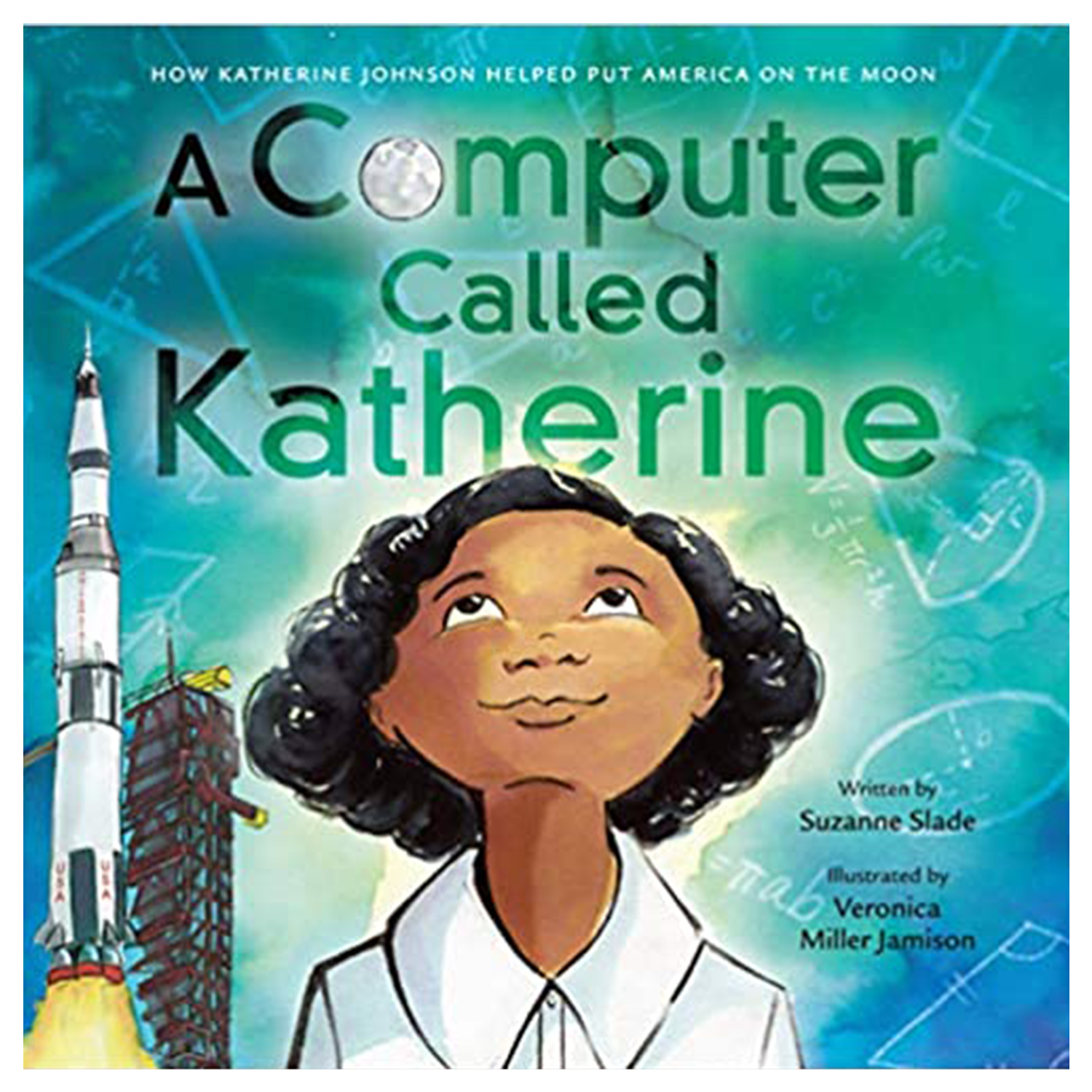 A Computer Called Katherine: How Katherine Johnson Helped Put America on the Moon

Award-winning author Suzanne Slade and debut artist Veronica Miller Jamison tell the story of a NASA "computer" in this smartly written, charmingly illustrated biography. This storybook retells Katherine Johnson’s achievements focusing on her path as a black female mathematician, devoted to the civil rights struggle, breaking the barriers of jobs held by men and how people were divided in school through integration. More info below. c 2020. 40 pgs. 10.3”x 10.3” Hardcover. Ages: 4-8

Katherine Johnson proved everyone wrong by zooming ahead of her classmates, starting college at fifteen, and eventually joining NASA, where her calculations helped pioneer America's first manned flight into space, its first manned orbit of Earth, and the world's first trip to the moon! Written for young children, the text is relatively straightforward and accessible even to listeners not yet ready for the inclusion of incorrect math problems, such as "25 ÷ 5 = 4," used as examples of how wrong some people's assumptions were.