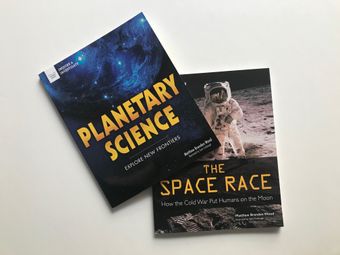 A staff pick for an excellent science book set for teens ages 12 to15! In The Space Race: How the Cold War Put Humans on the Moon, where teens explore the race to the moon against the chilling backdrop of the Cold War. In Planetary Science: Explore New Frontiers, readers embark on a journey through the solar system and beyond, exploring planets, moons, dwarf planets, exoplanets and everything in-between. Author Matthew Brenden Wood, Illustrator Samuel Carbaugh. Ages 12-15. Softcover.

More about The Space Race: How the Cold War Put Humans on the Moon

The Space Race was the period during and after the Cold War when America and the Soviet Union participated in a fierce competition to see which country could beat the other into space. It was a time of bitterness, fear, and secrecy, but it was also a moment in history when two countries directed resources toward pushing themselves to reach goals that were once thought unattainable. 118 pp 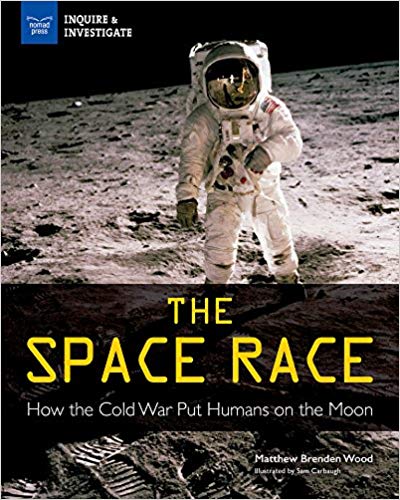 For many ancient cultures, planets were mysterious objects that moved against the backdrop of the heavens in strange but predictable patterns. Planets come closer through informative illustrations, links to online primary sources, illuminating sidebars and fun facts, and hands-on, in-depth activities, such as building scale models of planets, hunting for alien worlds through citizen science, and crafting a comet in the kitchen. Planetary Science also promotes critical thinking skills through inquiry, discovery, and research by encouraging readers to explore questions that remain unanswered, such as whether Mars once had life or the possibility of a ninth planet hiding in the furthest reaches of the solar system. 120 pp 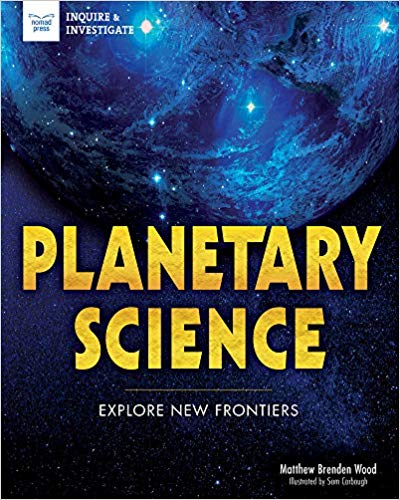