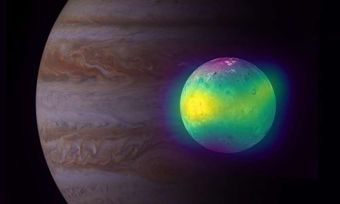 3 Module Savings: Revealing the Universe; The Lives of the Stars, and Life, Here, and Everywhere. See details below

The universe is beautiful and vast, almost beyond comprehension. Images from the Hubble Space Telescope and other great observatories, reveal phenomena once completely hidden to us, providing astronomers with insight into the nature of the stars, nebulae, galaxies, black holes, and other objects in the cosmos.

What are these phenomena and why are they important?  What can knowledge about the objects in the universe we share tell us about our lives here on Earth?  How are they relevant?  What sort of analogous and common phenomena can we invoke to help learners understand more about the workings of the universe?

5-PS2-1: Support an argument that the gravitational force exerted by Earth on objects is directed down.

5-ESS1-1: Support an argument that differences in the apparent brightness of the sun compared to other stars is due to their relative distances from the Earth.

MS-ESS1-2: Develop and use a model to describe the role of gravity in the motions within galaxies and the solar system.

HS-ESS1-2: Construct an explanation of the Big Bang theory based on astronomical evidence of light spectra, motion of distant galaxies, and composition of matter in the universe.

HS-ESS1-4: Use mathematical or computational representations to predict the motion of orbiting objects in the solar system.

Module 5: The Lives of the Stars

Our ancestors looked up at night in wonder at the points of light. They used the patterns in those points to help tell stories. Astronomers, the modern day storytellers of the night sky, use them as guideposts to find their way around the night sky.

Recognizing that these glowing points are the factories from which chemical elements are made came only recently.  We also discovered that the stars are not eternal, and that in their death throes stars evolve into exotic objects whose properties push the very boundaries of science as researchers strive to understand them. This module explores what we know about stars, their properties and classification, their fates.

5-ESS1-1: Support an argument that differences in the apparent brightness of the sun compared to other stars is due to their relative distances from the Earth.

HS-ESS1-1: Develop a model based on evidence to illustrate the life span of the sun and the role of nuclear fusion in the sun’s core to release energy that eventually reaches Earth in the form of radiation.

Of all the areas of scientific investigation, astrobiology is probably the most integrated of them all. Drawing on the findings from astronomy, geology, biology, meteorology, oceanography, chemistry, and physics, astrobiology explores the physical and chemical conditions necessary for the existence of life.

With the Drake Equation as a guide, astrobiology seeks to better define the factors leading to the prevalence of life in the universe.  As technology improves, researchers are better able to constrain these factors, including the prevalence of planets in our galaxy, the environments where life can survive and thrive, and how evolution might proceed on a planet far different from our own.

In this module, participants will explore how to identify processes. They will also explore how life might take on interesting and exotic characteristics on a different planet.  They will also examine the Drake Equation, and how current science defines its factors to help answer the ultimate question: are we alone in the universe?

3-LS4-3: Construct an argument with evidence that in a particular habitat some organisms can survive well, some survive less well, and some cannot survive at all.

3-LS4-1: Analyze and interpret data from fossils to provide evidence of the organisms and the environments in which they lived long ago.

MS-ESS1-4: Construct a scientific explanation based on evidence from rock strata for how the geologic time scale is used to organize Earth's 4.6-billion-year-old history.

MS-LS4-1: Analyze and interpret data for patterns in the fossil record that document the existence, diversity, extinction, and change of life forms throughout the history of life on Earth under the assumption that natural laws operate today as in the past.

HS-ESS2-7: Construct an argument based on evidence about the simultaneous coevolution of Earth's systems and life on Earth.

Details: Each module lasts five consecutive weeks, with 1-hour webinars offered weekly for four of these weeks.  Each module includes a Materials Kit that will be shipped directly to you at the Shipping Address you provide during Checkout. Please note: Shipping is included for the Continental U.S. If your ship-to address is Hawaii, Alaska, Puerto Rico, or International, we will contact you with the additional shipping fees.

Before the first and between the webinar sessions, you’ll engage in activities on your own time, including posting ideas and opinions in an online forum and engaging in assignments and activities related to the content.  You’ll also get a chance to try out the activities with your classes between the webinars and share your experiences.